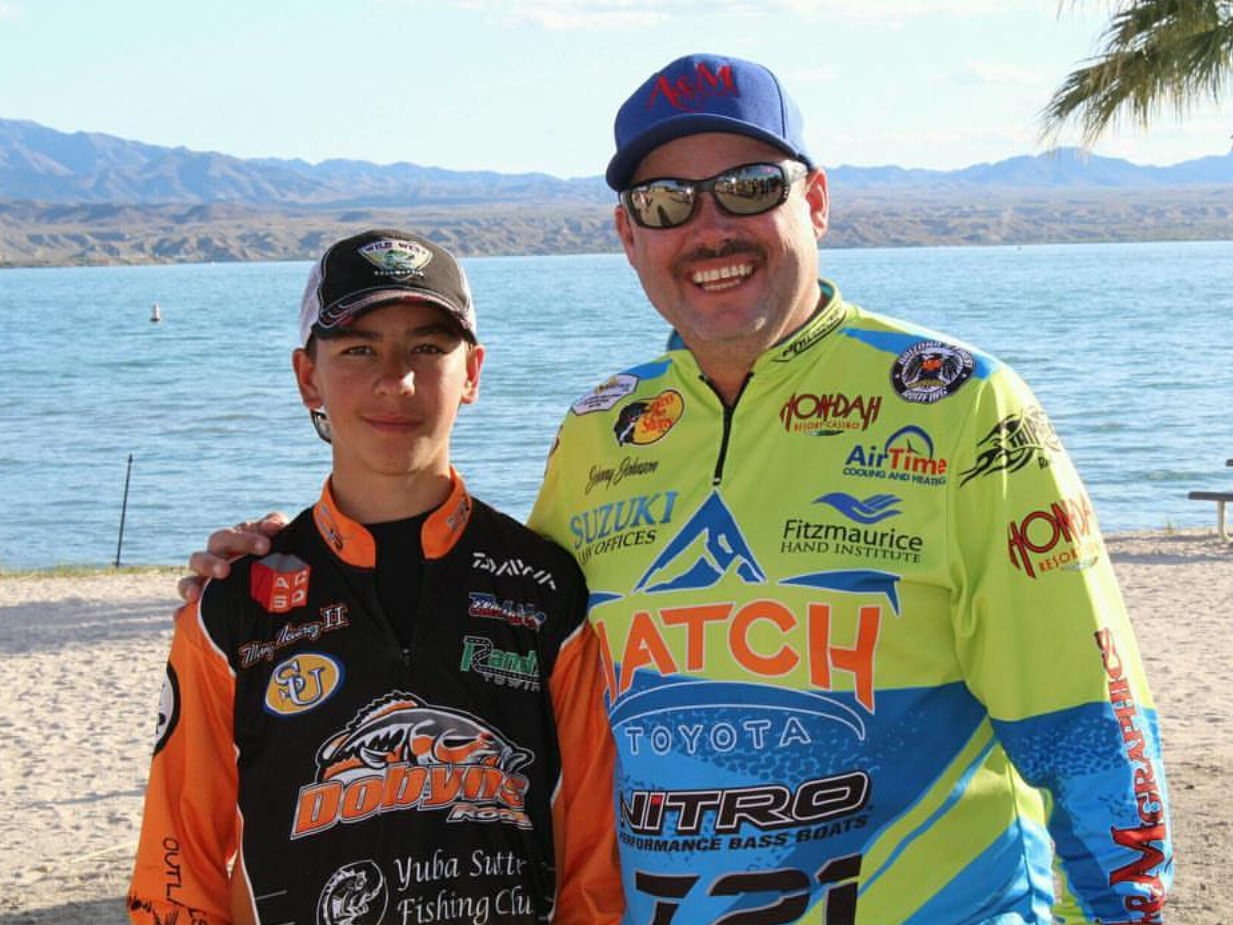 Born in Phoenix AZ. In November of 1968, Johnny's parents thought moving to the White Mountains of Arizona in 1975, where Johnny would go to the Blue Ridge School Dist., would be the best thing for him. Living next to several lakes and having nothing else to do with his time, Johnny started fishing. His love for the sport only grew, so much that he opened his own fishing store ( Johnsons Fishing Tackle) at the age of 18. At age 19 Johnny started entering the local bass club tournaments. His passion for fishing went into a downward spiral when the reality of competitive bass fishing found him failing to rise above last place for the better part of two years. Competing against more experienced and older fisherman who, for better or worse, seemed to try and discourage him from chasing his dream of making a living at fishing, he packed his rods and headed home. Thinking he had to be in his 40's before he had the experience to win his first tournament, and almost ready to give up, he sat home one Sunday night to watch The Bass Masters on TV. A young man Johnny's age won the tournament, his name, Kevin Vandam! This was the turning point for Johnny. If Kevin Vandam could beat the likes of Larry Nixon and Ricky Clunn, then by-golly Johnny new it was possible for him to win. He did just that, by buying all the "HOW TO" tapes he could find and studying relentlessly. His parents ran the fishing store while Johnny spent his time on the water. Did I mention he was a musician too. He played music at night for extra money but that's another story... Anyway, Johnny went on to win in local tournaments, and began to make his name known in state tournaments. Then it happened... In1997 he saw an auction on the local channel and thought it would be cool to show people on the mountain what he's learned. So boom!! Now he has his very own fishing show. Since then, Fishing with Johnny Johnson has become a Sunday morning favorite all over the Southwest (and then some). Johnny doesn't know the word "quit", he just keeps on truckin'. Johnny's a fun loving guy who acts like every fish catch is his first one. He's always said "You must believe and have faith in yourself and then there is no end to what you can do". So how do I know so much about Johnny? Well we've been friends since we were teenagers, played music together, and heck, he even made me write his theme song, then made me learn how to run the camera to make him look good! I've stuck with him through thick and thin. It's definitely been some kind of experience. The things this guy gets us into, I'll never know.